Notice: register_sidebar was called incorrectly. No id was set in the arguments array for the "" sidebar. Defaulting to "". Manually set the id to "" to silence this notice and keep existing sidebar content. Please see Debugging in WordPress for more information. (This message was added in version 4.2.0.) in /home/kdak821/public_html/wp-includes/functions.php on line 5313
 UPair One Drone Review - Today Best Drone

Drones are being used more often for photography and videography than ever before. The market is so full of drones that it's become very difficult to separate the hype from reality, especially if you're trying to find a drone that will simply help you to get a job done. The best way to see whether a drone works isn't to look at marketing, but rather to look at the facts. The purpose of this UPair One Drone review is to look at the specifications, flying experience, quality, construction, and value of this particular drone to figure out whether it's worth your time or your money. 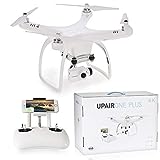 This UPair One Drone review centered on a drone that's largely concerned with taking high-quality photos and video while still providing the operator with relatively easy performance. The device's stand out features are the UPair One Drone Battery, which helps the drone achieve a significant flight time, and the FPV-enabled HD camera that provides users with an outstanding view of everything the drone sees while in the air. This, coupled with GPS-enabled flight, allows users to fly longer, see more, and to return the drone home safely as long as the drone is flown according to reasonable safety practices.

Flying the UPair One Drone

This UPair One Drone review was conducted almost entirely outside. This is very much not the kind of drone you want to fly inside. Not only does it have a few features that aren't going to work inside, but it's usual flying height and the way it controls will make the experience quite unpleasant. Fortunately, good weather and clear skies will allow most users to have a great deal of fun with the drone outside.

This is a fairly technologically advanced little drone, even when you don't look at the camera. It makes use of a GPS lock in order to calculate a home position - important when you're trying to get the device back home. Beyond that, most of the actual flight process is very much in line with what you'd expect out of any other drone - there aren't many other bells and whistles that aren't related to recording, so a bit of practice before you attempt a major project is definitely recommended.

We enjoyed using the remote control during this UPair One Drone review, though only because it's far better than trying to use a smartphone app for piloting a drone. This remote is small, roughly the size of a video game controller and it's not exactly full of features. In fact, the small size is a bit of a handicap, as it's a bit awkward in one's hands. To give credit where credit is due, though, the controller is very responsive and it's easy to use after you get used to the time.

There are a few accessories packed with this drone. In this UPair One Drone review, we used the following:

As you might imagine, the big accessories here are the camera and the monitor. Being able to see what the drone sees while in the air is still an incredible feature, though it has become more common over the years. The smart battery is also a nice touch, though it's not noticeably any better than most other batteries included with most drones. Finally, the extra propellers are nice to have, especially if you're just learning how to pilot a drone.

UPair One Drone – Our Verdict 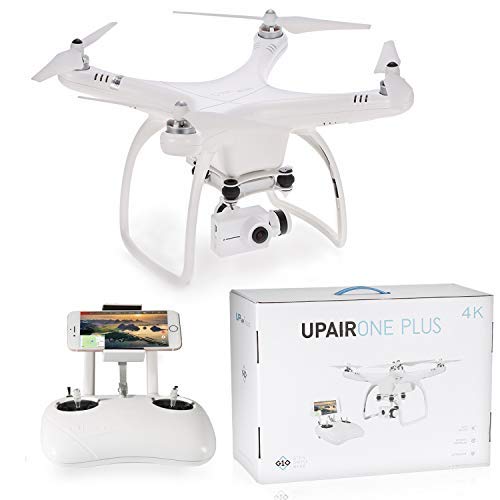 We're not the only ones who have flown this drone, and our UPair One Drone review has picked a few decent customer reviews that really flesh out the consensus on this drone. Here are a few of the most useful to consumers:

One user has a lot of good things to say about the drone, but warns most operators to stay out of the wind. This user had a good experience with the drone and definitely recommends following the provided directions. Don't be put off by the bad translation - with a little work, you'll be able to figure out what you need to do.

Another user largely had a good experience with the drone, but did notice some control problems after a few months. This user notes that one of the best features of the drone is that you can fly it virtually anywhere - no-fly zone restrictions don't apply to a drone of this size.

The final user didn't have a great experience with the drone. The drone itself seemed to be used before arriving, and it had some significant problems with charging. This charger issue does seem to crop up again and again in user reviews, though it is generally handled quickly by the company that makes the drone.

Our UPair One Drone review was mostly a pleasant experience. We didn't find many major problems that are outside of the norm, and instead discovered a drone with a great camera that responds well to even a novice's controls. It's not a perfect drone, but it has a combination of value and features that make it a good choice for anyone who cares about video quality.

What did you think of our UPAIR One drone review? Did you have a similar or different experience with the drone? Be sure to let us know by getting in contact with us today!